It all started in 1977 with a man called Eric

In this year, Eric Petersen opened his first hairdressing salon for men and women. It was mainly women and famous celebrities who frequented the salon, as modern men's cuts were still rather a secondary matter at that time.

In 2000, in the centre of Hamburg with a direct view of the Alster, a men-only salon was established on Ballindamm that specialised entirely in male grooming. He was thus a pioneer of the German art of barbering and dedicated himself to professional beard care, manicures and pedicures as well as offering exclusive shaving and grooming products. Eric gathered many ideas for this on his travels.

In 2001, Eric hired master barber Anthony Stölting, who acquired his special barbering skills in England and France. Shaving culture and modern haircuts made the barbershop known far beyond the gates of Hamburg. The cult status of the art of barbering was born and enthusiastically embraced by the Hanseatic people.

After Eric's sudden death at the end of 2014, Anthony continued the tradition in his name and, in the following years, developed his very own product range especially for men together with customers and employees: Eric:Barbier - Finest Gentlemen Care. Great importance was attached to the use of the highest quality ingredients and production in Germany.

In 2018, another stylish barbershop for the highest demands of men was opened in the heart of Hamburg's Hafencity. Our Eric:Barbier products are offered exclusively in our barbershops as well as here in our own online shop.

"For me it was natural to continue the tradition!" 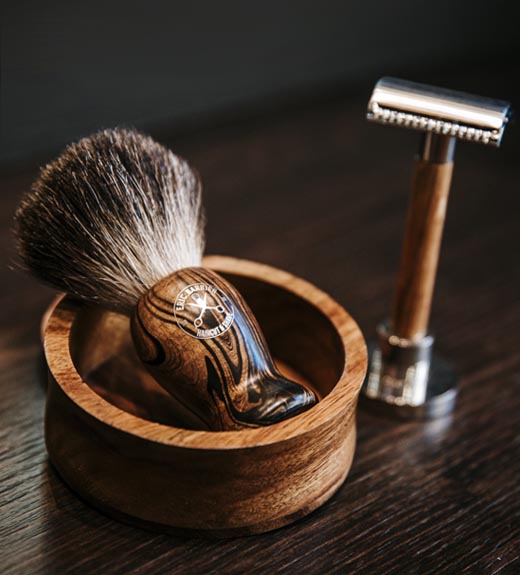 Our products have been explicitly developed with natural ingredients that ensure our requirements highest care & styling quality. Thus, for the first time, a unique hair care range was developed by men for men in close cooperation with our customers.

We are pleased to welcome you to our exclusive barbershops in the heart of Hamburg's city centre and Hafencity. Our team of top-qualified barbers will advise and look after you all round: whether it's a beard correction or model beard, haircut or hair removal, colour or texture transformation to pedicure, manicure or all-round cosmetic treatment - our team is always there for you. Take your time and let us pamper you! 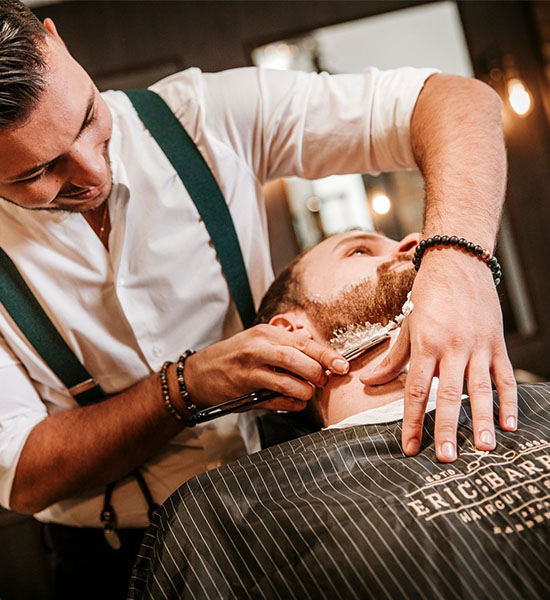 Down to earth hair professional

Subscribe to our free Eric:Barbier newsletter to stay up to date. The newsletter provides you with the most important styling trends - look forward to great new products and exclusive offers.
Close
Log in
Close
Shopping cart(0)

There are no products in the shopping cart.